Over a Century and Counting...

The American Coney Island Hot Dog has been a favorite with Detroiters and visitors for over a century. As Detroiters have moved to other parts of the country, and as visitors have returned to their respective states, the American’s reputation has spread throughout the country. Over the years, American has received countless requests from people who wanted to have the Coney Islands shipped to them – either for their own restaurants, their own consumption or for parties or special events.

One of the most-frequently-mentioned comments that former Detroiters who have moved out-of-town say is: one of the things they miss most about Detroit is Coney Islands from the American Coney Island downtown on Lafayette Street!

One of the reasons for the great popularity of the American’s Coney Islands is the high-quality, specially-seasoned, natural casing hot dogs that have always been served at the American. Another reason is the Coney Island chili sauce which is specially prepared using a secret recipe the Keros’ developed decades ago. And, of course, the topping of fine mustard and fresh, chopped sweet onions adds the final touch to the distinctive overall taste and flavor of the Coney Island hot dog which is served in a warm, steamed bun. No wonder the American Coney Island hot dog has been such a tantalizing treat to the palate that’s still hard to beat after all these years! 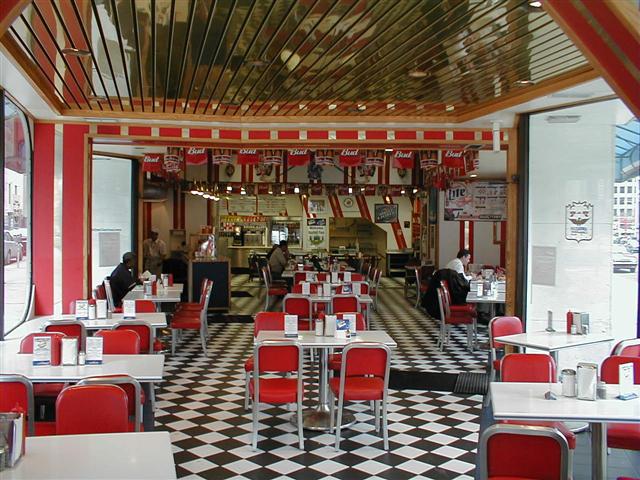 The American Coney Island is one of the oldest, if not the oldest, businesses in the downtown area (and perhaps in the entire city of Detroit) that is family-owned and operated. The restaurant has remained at the same location for over 100 years.

The American Coney Island was founded in 1917 by “Gust” Keros, who immigrated to Detroit from Greece in 1903.